Writer in the Rhine Valley and on the Pacific Coast

Qirkat – also known as alquerque – is a board game that was popular in Medieval Spain, played by kings and queens and caliphs and commoners alike. Although it evolved into other popular games like checkers, qirkat itself was largely forgotten – until now.

Available on the Apple App Store for iPhone, iPad, and Mac, the Qirkat app lets you play with another human, or you can play the AI, or watch the AI play itself over and over again, trance-like, WarGames-style. 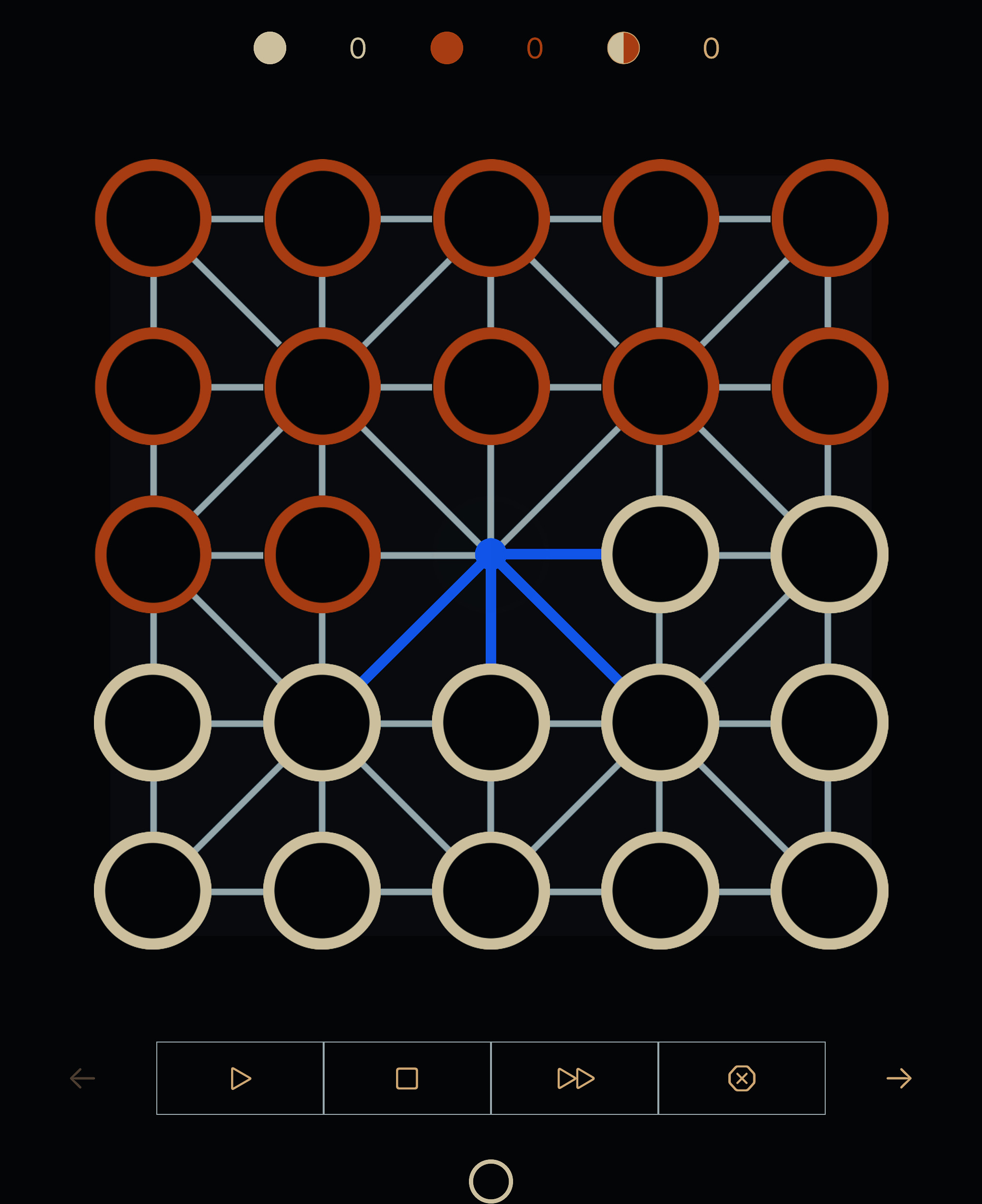